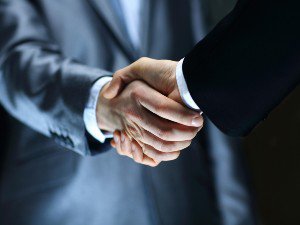 Many divorcing couples wage a long and costly battle through attorneys. When it's finally over, they feel exhausted and embittered, and the children feel hurt and confused. Divorce doesn't have to be a battle. It can be a settlement negotiated by the couple themselves. The mediator helps people examine their situation in terms of their needs and interests. Relevant information is gathered which may include budgets, business records, tax returns, and property valuations. Settlement options are developed and discussed to be sure they fairly meet everyone's goals. Decisions are made which allow each person to realize a positive result. While the primary goal of divorce mediation is to resolve differences, divorce mediation also:

With the help of the mediator, the divorcing couple can usually determine the issues that are really important to them and negotiate arrangements that come out of their own specific needs. A mediated resolution often costs less, takes less time, and is usually less painful.

Separation is sometimes used to give a couple a chance to get a better perspective on their relationship. Divorce mediation can help create a custom-made separation agreement with provisions that meet each partner's needs. Personal and financial issues are often included in the mediated separation agreement. People trying to keep their lives under control during this difficult time can realize great benefits from divorce mediation. Mediators help families resolve conflicts involving custody, parenting arrangements, child and spousal support, property, and debt division. Mediators help couples separate their spousal role, which is ending, from their parental role, which is continuing. Clients learn to evaluate their present financial condition and to provide for their future financial needs. A mediated agreement usually costs less and takes less time because the parties do the negotiating, not the lawyers. What's more, studies show people are more likely to live up to an agreement they have negotiated, rather than one done for them by others or decided by a judge. Neither party is likely to feel that advantage has been taken of them-they both remain in charge of what happens in their lives. Excerpts from Robert Benjamin, M.S.W., J.D. The Mediation of Business Family and Divorce Conflicts: Practice Forms and Handbook, St. Louis, Missouri 1995. James Piedimonte is a member of the Association for Conflict Resolution, a merged organization of the Academy of Family Mediator's (ARM), Conflict Resolution Education Network (CREnet), and the Society of Professionals in Dispute Resolution (SPIDR). He is listed as a qualified mediator with the Kansas City Metropolitan Bar Association, Jackson County, and Rule 17 list of the Missouri Bar Association neutrals for domestic relations. He is listed as a family law mediator for the Association of Missouri Mediators and Heartland Mediators Association.

Reach out today to get started.