MODIFICATION AS TO CUSTODY

To modify a permanent award of custody, the court must find that a change has occurred in the circumstances of the child or his custodian and that the custody modification is necessary to serve the best interest of the child. Such a finding must be based on facts which have arisen since the prior decree or upon facts which were unknown to the court at the time of the decree. When custody of children is once adjudicated, it is presumed that the custodian remains suitable. Where the parties do not agree to a change of custody and the child has not been consentingly integrated into the family of the non-custodial parent, a custody modification can only be accomplished by proving that the child is "endangered" in the current custodial environment. In practice, this means that there must be strong evidence in favor of the change of custody. Examples of such evidence are:

The best interest and welfare of the child continues to be the dominant factor in a court's determination to modify a custody arrangement. There are many factors which the court can evaluate the best interest of the child, several situations follow, however, these are not limited: 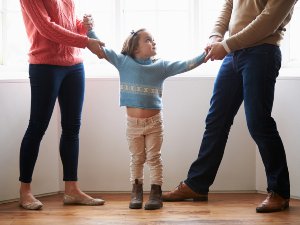 In Missouri, child support is based on the combined income of the parents, the needs of the child, and the costs of child care and health insurance. In determining whether to order child support, a court will consider:

A Missouri child support order can be modified only if there has been a "substantial and continuing change in circumstances," such as a big increase or decrease in either parent's income. To calculate child support click this link or visit the Resource page of this website. If you would like to contact an attorney regarding a Modification of Custody, Visitation, or child support, call James Piedimonte today.