A child who feels caught between two homes may feel that the solution to the conflict is to declare a clear allegiance to one household. This motive can result in alienation from either parent. A child who is anxious or angry about the remarriage may channel these feelings into unwarranted hatred of the remarried parent and stepparent. Or the child's alienation may express the disappointment of reconciliation wishes that have been dashed by the remarriage. Regardless of the child's underlying motivation, if the favored parent welcomes the child's allegiance and fails to actively promote the child's affection for the other parent, the child may cling to a maladaptive solution. Excepted from: Dr. Richard A. Warshak. Divorce Poison, Protecting the Parent-Child Bond from a Vindictive Ex, Regan Books, New York2001.

The parental alienation syndrome (PAS) is a disorder that arises primarily in the context of child-custody disputes. Its primary manifestation is the child's campaign of denigration against a parent, a campaign that has no justification. It results from the combination of a programming (brainwashing) parent's indoctrinations and the child's own contributions to the vilification of the target parent. Excerpted from: Gardner, R.A. (1998). The Parental Alienation Syndrome, Second Edition, Cresskill, NJ: Creative Therapeutics, Inc. 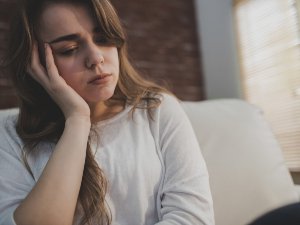 participate in the denigrating of the alienated parent. This is done in primarily the following eight ways:

In severe cases of parent alienation, the child is utterly brainwashed against the alienated parent. The alienator can truthfully say that the child doesn't want to spend any time with the other parent, even though he or she has told the child that he has to, it is a court order, etc. The alienator typically responds, "There isn't anything that I can do about it. I'm not telling the child that he can't see you."

Alienation advances when the alienating parent uses the child as a personal therapist. The child is told about every miserable experience and negative feeling about the alienated parent with great specificity. The child, who is already enmeshed with the parent because his or her identity is still undefined, easily absorbs the parent's negativity. They become aligned with this parent and feel that they need to be the protector of the alienating parent.

The obsessed alienator is a parent, or sometimes a grandparent, with a cause: to align the children to his or her side and together, with the children, campaign to destroy their relationship with the targeted parent. For the campaign to work, the obsessed alienator enmeshes the children's personalities and beliefs into their own. This is a process that takes time but one that the children, especially the young, are completely helpless to see and combat. It usually begins well before the divorce is final. The obsessed parent is angry, bitter, or feels betrayed by the other parent. The initial reasons for the bitterness may actually be justified. They could have been verbally and physically abused, raped, betrayed by an affair, or financially cheated. The problem occurs when the feelings won't heal but instead become more intense because of being forced to continue the relationship with a person they despise because of their common parenthood. Just having to see or talk to the other parent is a reminder of the past and triggers the hate. They are trapped with nowhere to go and heal.

The characteristics of obsessed alienation are:

The obsessed alienator will probably not want to read what is on these pages because the content just makes them angrier. (Three Types of Parental Alienation Copyright 1997 by Douglas Darnall, Ph.D.) Also see Article by Forensic Family Services, Inc.